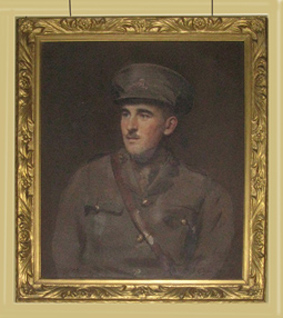 This article is a shortened version of the feature written by Harold Heys for Lancashire Magazine, July 2010.  You can find the origian here.

THERE’S no one left now. The last few survivors of the Great War trenches – British, French and German – who lived on through those desperate days and made it well into the new century have finally given up the struggle.They were the lucky ones; some lasted just a few minutes.

One of the first to die was Second Lieutenant Edward Deakin Ashton, educated at Sedbergh School and Baliol College, Oxford, only son of parents who lived in a grand house in Darwen.

He was a Lancashire Fusilier. He was 26.

On that summer Saturday, as the deafening dawn barrage finally lifted, the swirling smoke began to drift away a little to reveal a clear, bright morning. The attack began at exactly 7.30 on a 14-mile front. The 15th and 16th and 19th Battalions of the Lancashire Fusiliers (Salford Pals), part of the 32nd Division, went ‘over the top’ against the redoubt of Thiepval, north-east of Amiens.The Battalion took part in an assault up the Thiepval Ridge towards the site of the chateau. Their jump-off was close to the NE edge of Thiepval Wood. There was a sunken lane there then, but it disappeared in the 80s.In what must have been minutes, 2Lt Ashton was killed as he led an attack, cut down by one of 30 machine-guns which covered the western approaches to the small village. He would have been among the first of the million and more casualties who went down in the mud of the Somme over the next five months.There’s a fine memorial to him atop the family grave in Darwen cemetery. He was the last of that branch of the Ashtons.

The memorable inscription from Ecclesiastes 12:7 is still clear, however:

Then shall the dust return to the earth as it was: and the spirit shall return to God who gave it.

The Ashton family vault has been tidied up by the Friends of Darwen Cemetery and it stands on the edge of the first section which the group have been restoring.There are a lot of war graves and memorials in the cemetery, but the poignancy of Ashton’s death in the first moments of that five-month-long battle has always struck me as terribly sad. His death made just a paragraph in the local paper, such was the scale of the wholesale slaughter.His mill-owning parents were Henry and Louisa Ashton and they were a family of some note in the town. After the war, their handsome son had been expected to take over the running of the large cotton mill at Whitehall which had been bought for him.Just a paragraph. It didn’t seem a lot to mark the loss of a life that had had so much promise.We will never know what the future would have held for Edward Deakin Ashton who enlisted soon after leaving Oxford. But I like to think that he might also have been a hero and won medals for gallantry and I’m sure he would have become a prominent citizen of our town of Darwen had he survived.

His portrait is in the rather grand, oak-panelled Gallipoli Room at the Fusiiers’Museum in Bury where the Regiment displays its silver and holds its dinners.

Three of Lt Ashton’s cousins, Clive, Mark and Oliver – their father was Henry’s brother Sidney – ran cotton mills in Darwen and Dukinfield until the mid-Fifties when Clive moved to Northern Ireland, Oliver went to Toronto and Mark took over the family farm in Shropshire.