an architectural influence on the framing of the Declaration of Independence? 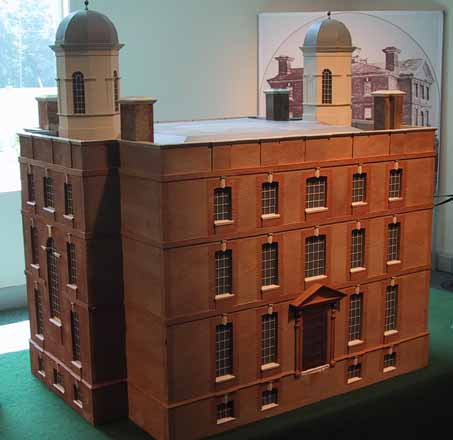 The American Philosophical Society have identified a possible connection between Soulton (and a "Shropshire School" of building which the hall helped set in train, expressed again at Cound built 150 years later) and the iconic Rosewell in Virginia, "the largest and most magnificent house known to have been built in the American Colonies" -- and a home to one of the first families of Virginia.

The Rosewell Ruins are thought to have a connection to the Hill Family of Soulton via Elizabeth Carter, née Hill a decentand of the Hill family.

Rosewell frequently hosted Thomas Jefferson who made a first draft of the American Declaration of Independence there.

It has been speculated that the distinctive square aperance of Soulton has its origins in an early Tudor re-discovery of the principles of the Roman archetect Vitruvius: "a cube is a solid, with six equal square faces, which, however it falls, remains steady and immoveable till removed by force: such are the dice which are thrown on a table by gamesters."

The source for this can be found here in Google Books. 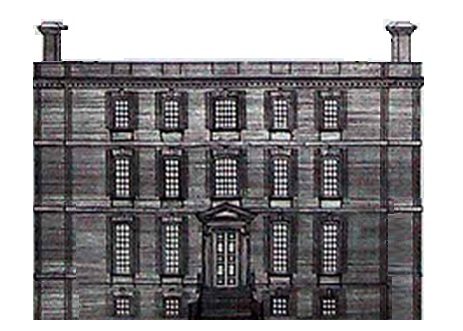